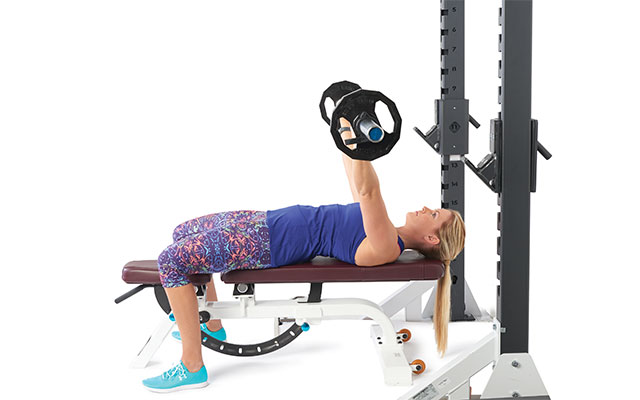 Build strength and explosive power at the same time with this double-duty workout.

These exercise combos might seem counterintuitive, since they work the same muscles — but that’s exactly the point. These pairs are examples of contrast training, in which a heavy lift is followed by an explosive exercise that uses the same movement pattern.

Contrasting the exercises simultaneously builds your strength and explosive power.

“It’s a way to trick your body into recruiting more muscle so you can throw a ball farther, run faster, or jump higher,” says Joe DeFranco, a strength-and-conditioning specialist, cocreator of the Certified Physical Preparation Specialist certification, and owner of DeFranco’s Gym at the Onnit Academy in Austin, Texas.

The “how” behind contrast training is a phenomenon known as post-activation potentiation, or PAP. First, fire up your fast-twitch muscles by performing a heavy lift. Then, while your muscles and nervous system still “remember” what you did, transfer this muscle-fiber recruitment by performing a power movement.

Along with its immediate performance benefits, contrast training can also lead to long-term gains, including adaptations to your muscles (an increase in size) and to your central nervous system (more efficient use of your muscles because of improved mind-muscle connection).

And there’s a bonus: Contrast training can be a useful technique for people who have trouble using certain muscles in an explosive movement, says DeFranco, who has trained Olympic, NFL, NHL, and MLB athletes. For instance, if you tend to rely on your quads while jumping, you can train your glutes to contract by prefacing jumps with a strength move that activates the glute muscles.

Contrast training has obvious applications to athletes, but DeFranco advocates using the technique regardless of whether you play sports or not. When you train your body to generate force quickly, you move better in everyday life, he says.

“Everyone should train like this for function — even if that just means picking up your kids, carrying your groceries, or playing golf on the weekend,” DeFranco says. “This type of workout gets you moving better and feeling better, and it’s interesting — you get out of the rut of ‘three sets of 10.’”

The following workouts, designed by Joe DeFranco, each contain a strength-power couplet, plus a mobility component.

Choose a weight that is medium-heavy for you. The resistance should be challenging, but not so difficult that you are fatigued after five reps or your form is compromised.

When in doubt, start light — with an empty barbell, 8-kilo kettlebell, or 5-pound medicine ball, for example. Increase the weight as your strength and skill improve. 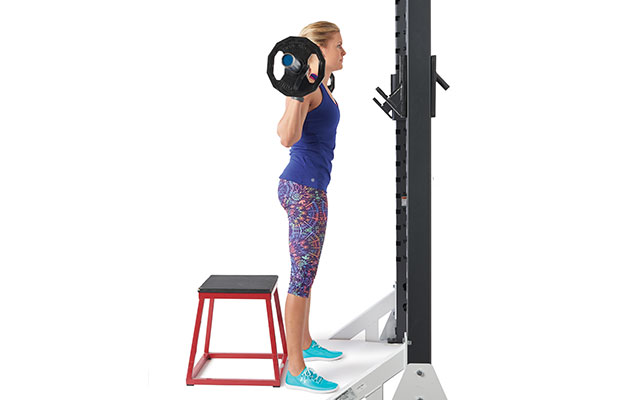 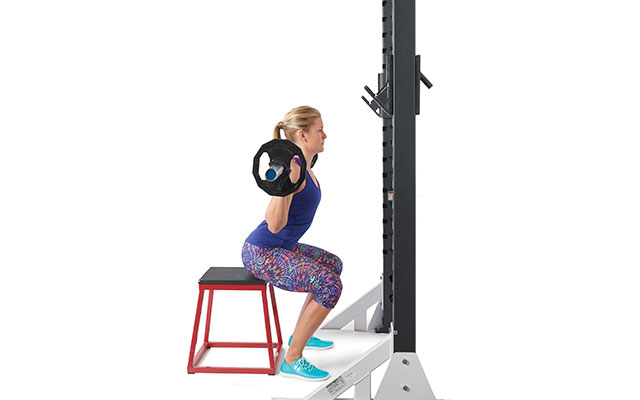 Note: Squatting to a box activates the glutes more than a standard squat. If a box isn’t available or comfortable, do a box-free barbell back squat or goblet squat with a kettlebell or dumbbell. 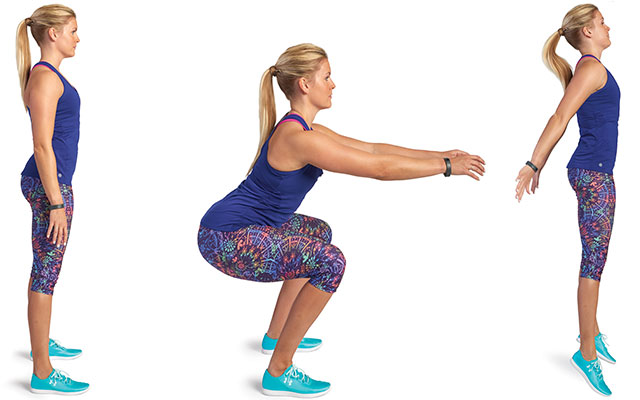 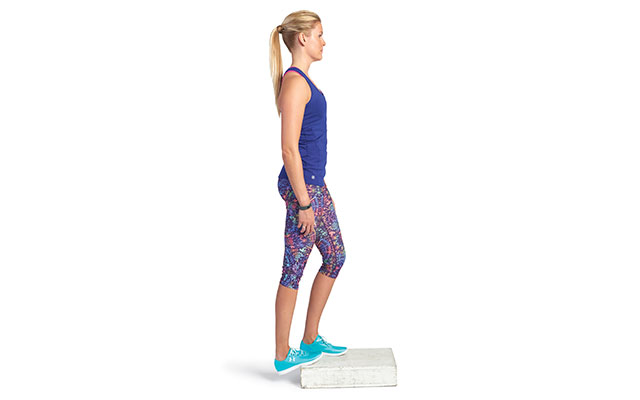 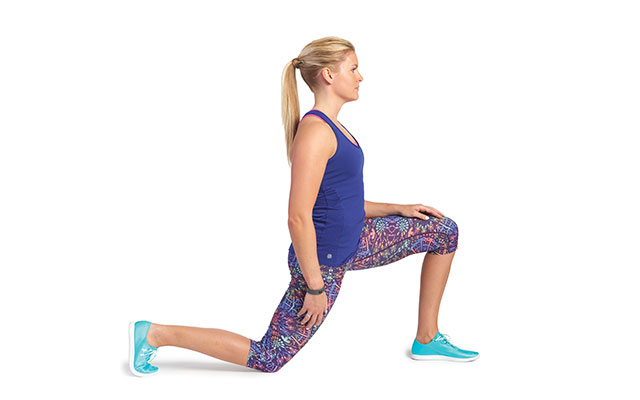 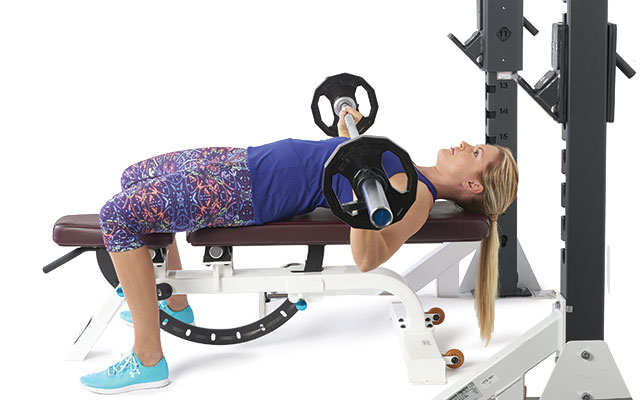 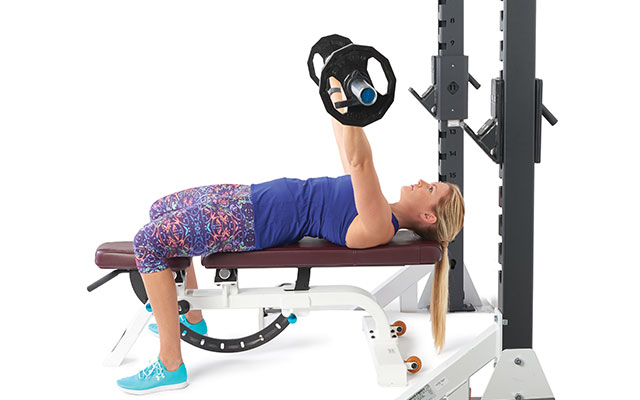 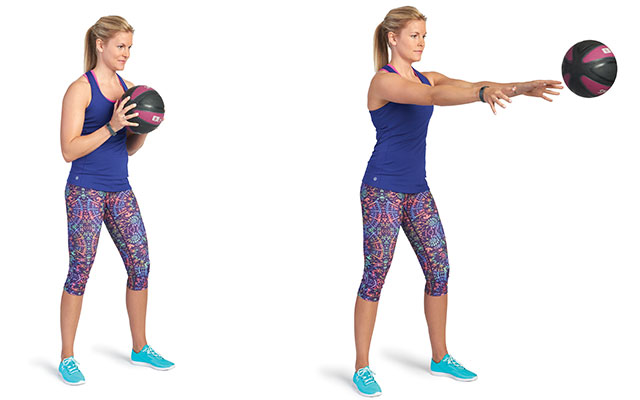 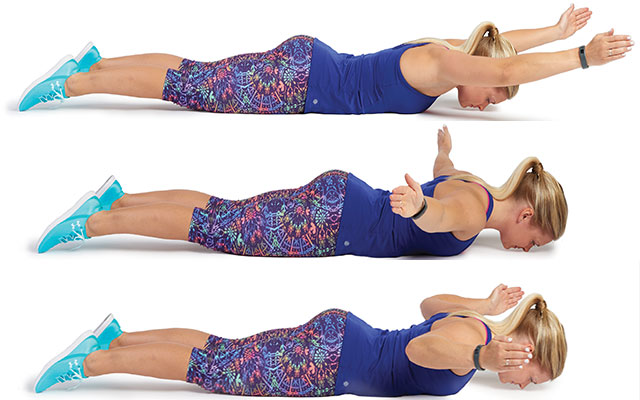 Contrast training can be applied to any movement that has both a strength and plyometric (explosive) version, but multijoint exercises are most effective at building functional, full-body strength. Joe DeFranco recommends doing no more than two pairs of exercises in one workout, and making sure that these movements do not involve similar muscle groups. Here are three additional contrast combinations you can try.