Mama’s Gotta Move: Of two types of moms in this world, which are you? 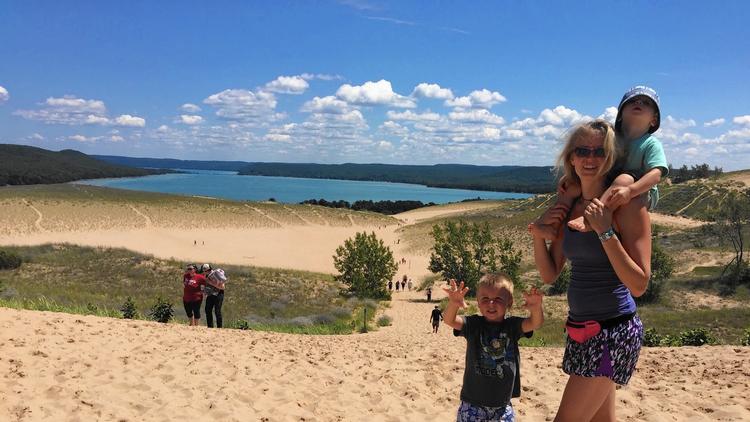 There are two types of mamas in this world: the “Got-It-Covered Mama” and the “Just-Wing-It Mama.”

The Got-It-Covered Mama travels heavy. Her diaper bag is filled with everything from Band-Aids to granola bars to mini coloring books and crayons. She always has a plan and is prepared to carry it out. She knows where the nearest bathroom is at all times, always keeps track of nap time and never lets her gas tank drop below a quarter full. She feels pretty darn proud of her ability to keep everything straight in her Google Calendar.

The Just-Wing-It Mama is quite the opposite. She stashes a debit card, spare diaper and cellphone in her fanny pack and figures the rest will work itself out. She (sort of) knows where she wants to go, but doesn’t really know how she’ll get there. She frequently finds herself sprinting with small children to find a bathroom and singing loudly with the windows down to keep her overtired toddler from falling asleep in the car. She feels pretty darn proud of her ability to pull off stuff that shouldn’t be possible.

I’m a Just-Wing-It Mama. And after a family road trip to Traverse City, Mich., last weekend, I was feeling pretty proud of my ability to pull off stuff that shouldn’t be possible.

I’ll explain in a bit, but first I’m going to assert that this is not a column on why and how you should wing it. Rather, this is a much-belated thank-you note from a Just-Wing-It Mama to all of the Got-It-Covered Mamas out there.

To the mama who offered up her extra bottle of water when my family found ourselves hot and thirsty during a 3.5-mile dune climb. The four of us – my husband, 4-year-old, 2-year-old and I – took off empty-handed thinking we were just going to climb a few hills and be at Lake Michigan. About a mile in, we realized just how far we had to hike. Did we turn around? No, we kept trudging toward the lake, joking that maybe there would be a vending machine full of Dasani at the finish and that if not, some kind soul would see our poor children and spare them from dehydration. Thank you, Got-It-Covered-Mama (whose three children each had their own bottle of water)! Next time, I promise I will read the brochure first.

To the mama who saw me consoling my sobbing toddler in the babysitting room at the YMCA and who offered to share her daughter’s bag of Goldfish crackers. Those fish worked wonders! (In my defense, I did have a snack with me, but it turns out you can’t bring mixed nuts into a public space with children. Oops.)

To the mama on the plane ride home from Poland who gave up not one but three of her child’s diapers for us to make it through the 10-hour flight. Yes, this one was pretty embarrassing, but I could have sworn I packed more than one diaper in my carry-on bag. Fortunately she had at least 10, and saved the whole plane from a lot of misery.

To the mama who brought a giant tote bag of Matchbox cars to church – enough for her two boys and mine and definitely more exciting than scribbling on offering envelopes with the pencils in the pews.

To the mama who gave me a tampon when I was at the park with the kids and forgot what time of month it was.

To the dog mama (and my client) who left the remainder of a bag of dog food on my front porch when I mentioned that we were all out one Saturday morning. She went back home after her training session to get the bag and brought it over so my dog wouldn’t have to wait all day for breakfast. FYI, in my entire dog-owner life, I have never purchased a new bag of dog food until the previous one was completely empty and the dog had been eating random table scraps for at least a day.

Thank you to every mama who’s ever gone on an outing with me and let me borrow sunscreen, bug spray, tissues, wipes, diapers, snacks and her fully charged cellphone.

To all of the Got-It-Covered Mamas, thank you. I owe you one. But first, do you think I could jump on your Wi-Fi? Gotta submit this to my editor and internet’s not working!