Column: Feminism is as important as ever 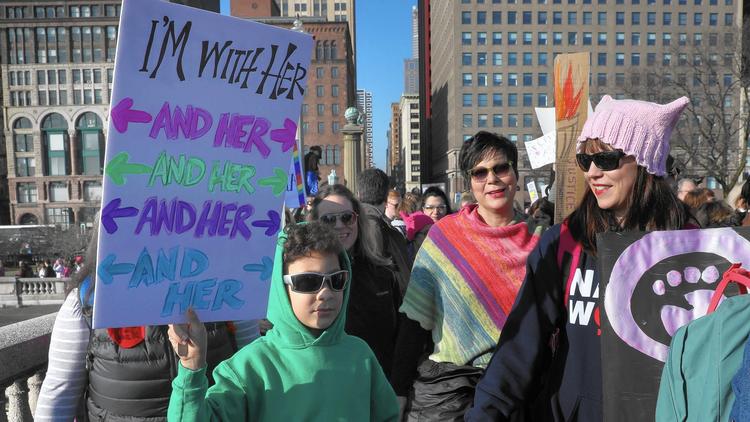 wo years ago, I wrote a controversial blog post critiquing the word “feminism.” The political events of the past few weeks recently prompted me to revisit my words:

“I am a feminist,” I wrote on my blog, “But can we please come up with a better word?” My argument was that while we need to work toward equal rights for men and women, the term “feminism” was not welcoming to men and therefore widening the gender gap even further

The rest of my post included some valid points: Family rights include paternity leave and should not be a gendered issue. Different roles for women and men in relationships are not necessarily a bad thing. Both men and women ought to be recognized for their contributions to the family. A “humanist” or “equalist” would advocate things like paid maternity and paternity leave, fairness in child custody cases, and for all stay-at-home parents to have access to the same kinds of resources. And perhaps, the words “equalist” or “humanist” would be appropriate if these were the only issues at hand.

Most Popular Diets Since 1900

A Message from The Daily Meal

Some of the twentieth century’s many diet fads were ludicrous inventions of quack doctors, food companies, ministers, and even in some cases, cigarette brands, but despite being crazy and absurd, these diets shouldn’t be viewed with disdain.

But what the recent events in this country have made clear is there is still undoubtedly a need for “feminism.” Basic, women’s rights-driven feminism.

Even if we disagree on specific issues (reasons for the wage gap, abortion, pussy hats, etc.), the need for a women’s rights movement suddenly has a more universal core: Women are people. Or as Rodney Dangerfield so eloquently put it, “I don’t get no respect!”

Even if you personally have never experienced discrimination as a woman (which I doubt), even if you are perfectly content in your role as a woman in society, if you are an American, you can no longer argue that feminism is not necessary. Because you are part of something much bigger than your family life, workplace, school, town, city and state. And as our country’s leadership devalues our entire gender, we as American women need to stand together.

In my blog post I wrote, “It’s easy for my husband to say that he supports gender equality. It’s certainly more challenging for him to label himself as a feminist.”

Men, if you care about women, now is the time to unabashedly call yourself a feminist. Doing so doesn’t mean you’re giving up any of your manliness, it doesn’t mean you are guilty of anything, nor does it dictate your political party. It simply means you’re taking the high road – acknowledging where women stand right now and supporting our basic human rights.

I am a feminist. My husband is a feminist. I just hope that by the time my two sons grow up, we won’t need the word anymore.