Beyond the Core: How to Flex Your Neck 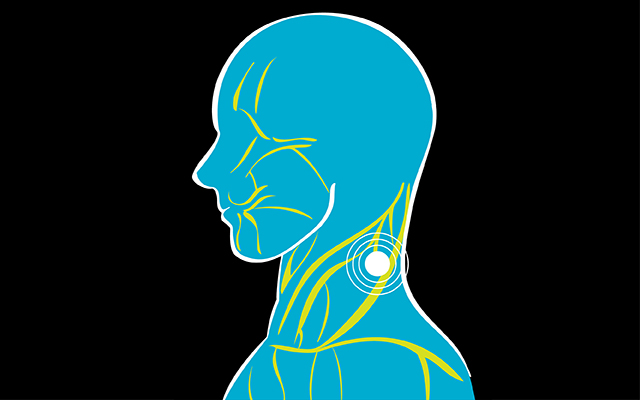 This originally appeared as part of “Beyond the Core” in the print version of the March 2017 issue of Experience Life.

Protect your neck muscles with these two moves.

Editor’s note about this series: Building a strong core is a foundational goal in many fitness programs, but strong limbs also play a critical role in your overall health and fitness. That’s why it’s important to look at the health of all of your joints and muscles — not just the ones that wrap around your middle. In our “Beyond the Core” series, we share exercises designed to strengthen and protect your feet, knees, shoulders, and neck.

Unless it’s sore, you probably pay little attention to your neck. But it deserves regular care because it has important responsibilities, including housing the spinal cord, facilitating blood flow to the brain, and supporting the head and its movement.

Also referred to as the cervical spine, the seven vertebrae of the neck begin at the base of the skull and extend down to the thoracic spine, or upper back. Each of these vertebrae works with muscles, tendons, and ligaments to stabilize, flex, extend, side-bend, and rotate the neck.

Much like the shoulders, however, the multitalented neck often gets relegated to performing a few mundane actions. Many of us spend a lot of time looking down at screens and devices, sleeping on pillows that are too high, and driving with our heads forward, all actions that create torque on the neck.

“When this happens, the cervical muscles become shortened and tight, and they get angry,” says Erika Mundinger, PT, DPT, a physical therapist in Bloomington, Minn., who specializes in spinal health, motor skills, and coordination. This can cause pain at the base of the skull or in the upper back and contribute to tension headaches. In fact, every inch your head goes forward is an additional 10 pounds for your neck to support.

Typically, when the head is forward, the rest of the upper body is in a compromised position, too. Often, the shoulder girdle is rotated forward and the chest is caved inward. Your back and shoulders have to work harder, and your overall alignment is compromised. This can affect your form and increase the risk of injury, whether you’re an endurance athlete, an Olympic lifter, or the average parent carrying a child.

Generally, the movements and lifestyle habits that are good for your shoulders are also good for your neck, says Mundinger. Anything that works to open up the front of the body and strengthen the stabilizer muscles in the back will also benefit the neck.

Finally, it’s important to intentionally move your neck in a variety of ways, says Katy Bowman, MS, a biomechanist in Sequim, Wash., and author of several books on human movement, including Move Your DNA. “Not much in our culture requires us to turn our head. Driving used to be it — now we have back-up cameras. The neck’s last hurrah is gone.”

You can bring it back by regularly practicing side-bending and head circles — and looking twice when you’re parallel parking. 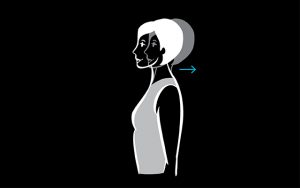 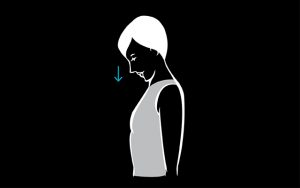