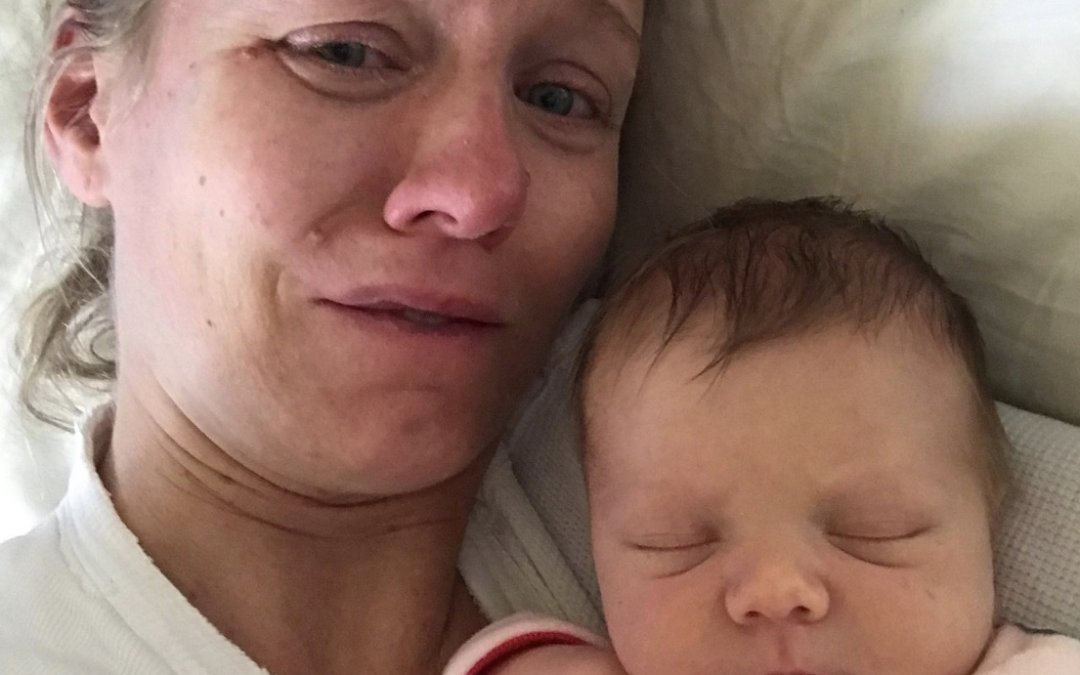 I delivered a healthy baby girl on December 9, 2018, in a gentle water birth whereby I literally breathed baby out of my womb. Immediately postpartum, I felt better than I had after either of my other children’s births, which I attribute to not tearing during delivery. Considering I had just expelled the equivalent of a watermelon through what was once a grape-sized hole, I expected to feel loose and weak down there for some time. But I also had two prior recoveries to compare to this one, and by two weeks postpartum, I started to worry that things felt different.

I suspected, based on my symptoms and knowing that I’d developed a minor cystocele during pregnancy, that I had some degree of pelvic organ prolapse. If you’re not familiar with prolapse, it’s when the pelvic organs start to descend toward the opening of the vagina. It’s more common than you might think (statistics show that up to 50 percent of women will develop prolapse), and many women are not even aware that they have it. You can have one or more types of prolapse, including of the bladder (cystocele), rectum (rectocele) or uterus , and severity is graded from 1-4, with 4 meaning that an organ is completely protruding through the vaginal opening.

My main symptoms were constipation and feeling as if a tampon was falling out of my vagina, and they quickly took over my life. I was absolutely devastated during the early postpartum weeks. Though I knew better, I was convinced that my organs were going to fall out of me if I moved. I feared that I’d never have a normal life again. I spent the next few weeks crying, Google-ing, and playing out worst-case scenarios in my mind. I wasn’t even thinking about getting back to running or working out– I just wanted to be able to go to the grocery store without that awful heavy feeling. 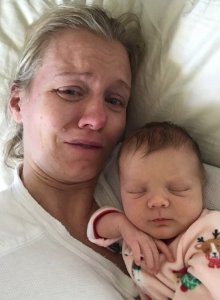 I delivered a healthy, beautiful baby and had a positive birth experience, but I cried nearly every day during the first four weeks postpartum.

I don’t know if you’d call it postpartum depression, baby blues or just deep sadness and fear, but I was a wreck. My raging new mama hormones and lack of sleep certainly didn’t help.

Meanwhile, I had lost all of my baby weight within three weeks, which was not at all intentional. I was cutting out certain foods to avoid constipation and had little enthusiasm for food in general. Some friends and acquaintances were quick to comment on how quickly I had returned to my pre-baby body and how great I looked. They had no idea how broken I was inside. Some of my brokenness was a physical reality. Some of it was my psychological interpretation of the physical, taken to a heightened level. Both matter. 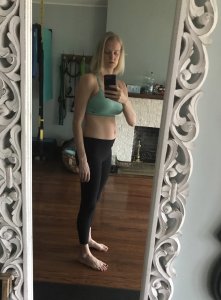 At three weeks postpartum, my body looked like it had returned to its pre-baby state.

I was at my worst mentally at around four weeks. I asked my women’s health physical therapist if she could check me (though the standard is typically no sooner than six weeks), for peace of mind. She agreed to see me and wouldn’t give me a diagnosis that early, but reassured me that nothing was falling out of me. She emphasized that I was still healing, recommended some exercises for me, and told me to come back in four weeks.

Seeing her took off some of the edge and my anxiety subsided a bit. I gained confidence to move more than the distance from my bed to the couch. I increased the difficulty of the exercises I had been doing and added some that my PT recommended. I focused on breathing and not gripping my pelvic floor, and doing all the things I knew to be supportive of my prolapse. I could tell my hormones were also starting to normalize, as I was less triggered to tears by every little thing. My symptoms slowly started to improve.

At eight weeks postpartum, I returned to my PT, who confirmed that I have a grade 1 cystocele and grade 1 rectocele. This might sound crazy, but I was happy to finally have a diagnosis–  to know that what I was feeling was real, but also that it was not as severe as I’d feared. 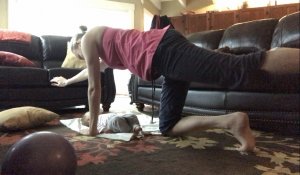 My symptoms improved when I started moving again and gained confidence in my body.

My body is a work in progress, and I’m continuing to notice improvement in my symptoms as I keep up with exercises and make supportive lifestyle choices.  I am much more optimistic about my healing trajectory. I’m no longer fearful. I have a plan and support.

On one hand, I’m sure my heightened awareness of my pelvic floor and knowledge about prolapse contributed to my symptoms and anxiety. On the other hand, I’m grateful I knew what I was feeling so I didn’t just assume this was normal after the third baby, and I could address my prolapse early on. I’m especially grateful for the many other strong women I know with prolapse who have been brave enough to share their stories on social media (Haley Shevener who has an amazing exercise program for women with prolapse, Suzanne Ko, Michelle Coels, Kathleen Germs and others– look them up). Even at my worst moments, I was able to find hope in their experiences of healing and renewed strength.

I am sure I will still have hard days and tearful days. It may take months or years before I can resume the activities I was doing pre-pregnancy. I’m nervous about sharing where I’m at, but I feel it’s important for me to be transparent. I hope you’ll continue to follow me on my postpartum journey.